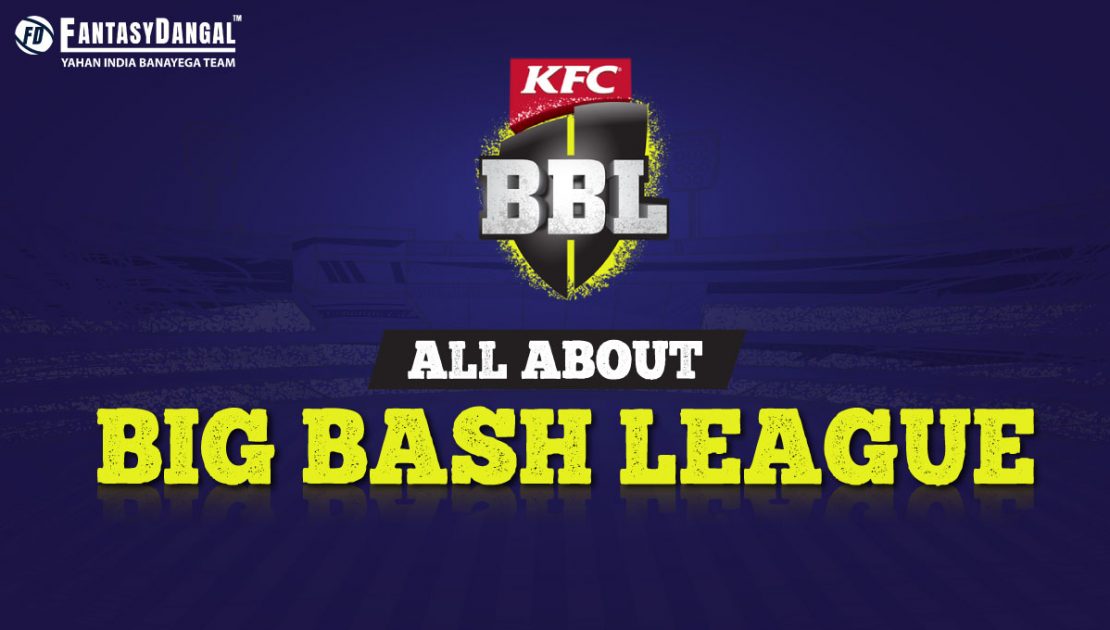 All about Big Bash League (BBL)

The Big Bash League is one popular league loved by every cricket enthusiast. The viewership of this league is rising upwards as this one got the best innovations in it and has a different type of concept. People give their attention to new things, and Big Bash League has been one of them. Also, the surfaces in BBL have something unique and different for both batsmen and bowlers, making it much more enthusiastic to watch and enjoy.

Till now, 10 seasons of Big Bash League have been done and dusted. There are eight popular franchises that participate in the league to make it much more happening for the fans. These franchises are Sydney Thunder, Sydney Sixers, Melbourne Renegades, Hobart Hurricanes, Melbourne stars, Brisbane Heat, Adelaide Strikers, and Perth Scorchers.

Six teams of these have won the title at least once. If we talk about the most successful teams out of these, they are Perth Scorchers and Adelaide. They have won three titles each.

But the absence of Australian Superstars has been the primary reason for the less viewership of the Big Bash League. That was one amazing team who has contributed the most to the entertainment and more viewers of the BBL.

Here is the list of winners who have won the trophies in the recent seasons. Please have a look to understand it better.

8 teams have participated in the Big Bash League. Among all of them, Sydney Sixers and Perth Scorchers have been the most successful teams.

Here are the details about every team in the Big Bash League 2021-22.

It is the team who won the inaugural season of BBL. They defeated Perth Scorchers in the final match and have made goodwill in the Big Bash League since then. Undoubtedly they have played consistently among all the teams and have given some great performances.

The team played under the leadership of Brad Haddin, and the team has bagged some of the titles in the BBL. The team also had the most successful captains like Steve Smith and Marcus North but if we talk about the captain who has changed everything for the team is, Moises Henriques.

The last season proved very disheartening for the team as Sydney Thunder eliminated them.

It is a franchised based out of Perth, and undoubtedly it is one of the most successful and consistent teams. The team was the runner-up in the first two seasons of the Big Bash League, and they ended up taking the trophy from the 2013-14 season.

Also, the stadium is one of the biggest that is known. The team’s current captain is Mitchell Marsh, who has won the league thrice in the years 2013, 2014, and 2016.

Brisbane heat represents the city of Brisbane. Brisbane cricket ground is the home ground for the team. The coach for the team is Darren Lehmann, and Chris Lynn is the captain of the team. They won the 2012 edition of the Big Bash League.

This team always had the best kind of players; with that, they completed the series as champions. The team has given some outstanding performances in the seasons and has upgraded themselves as a team.

They are good as a team but have not been the consistent one in the Big Bash League. They have failed to give some great performances even though they had some of the best promising players in the team. They have not even qualified for the playoffs in 7 out of 10 editions.

One famous team captain was Aaron Finch, who remained with the team for 9 years. But unfortunately they have not won even one title till now. They won the championship once in the 2018-19 season.

This team has been the most watched team of that season.

Here is the one more team of the Big Bash League. The coach for this team is Adam Griffith, and the captain for the team is Matthew Wade. But unfortunately, the team has not been able to win one tournament till now. They have been really consistent but not won the match till now. They have made it to the playoffs five times out of 10.

The longest-serving captains for the team were George Bailey and Time Paine. Peter Handscomb is currently leading the team.

It is another team from the city of Melbourne. The coach for the team is David Hussey and the team’s current captain is Glenn Maxwell. But unfortunately, they have also not won even one title of the Big Bash League. They made it to the playoffs in 8 out of 10 seasons and finished off as runner-ups thrice. But still, they have not been able to get the trophy once.

There are some rules of BBL which are explained here. The league is known for its many innovations and the 2021-22 season will be nothing different. People are waiting for this season as well!

The teams can substitute an X-factor player at the end of 10 overs in the first innings. They can be named as the 12th or 13th player on the team sheet. He has this right to replace any other team player who has yet to do bowling or batting.

Power Surge is two overs during which the fielding side can only have 2 players outside the inner circle. The power play at the start of the innings is now reduced to four overs. The power surge gives batting teams a chance to up the ante in the middle overs as well.

One extra point can be awarded to the team in the middle of the second innings.

These are several rules that should be clear to the players and viewers of the Big Bash League.

You can play the BBL on the Fantasy Dangal app and have some great rewards in your hands. You have to make your team and start playing to get all the rewards.

Download the app now and have the most out of it. You can play with other live players with whom you can gain much more experience and skills.