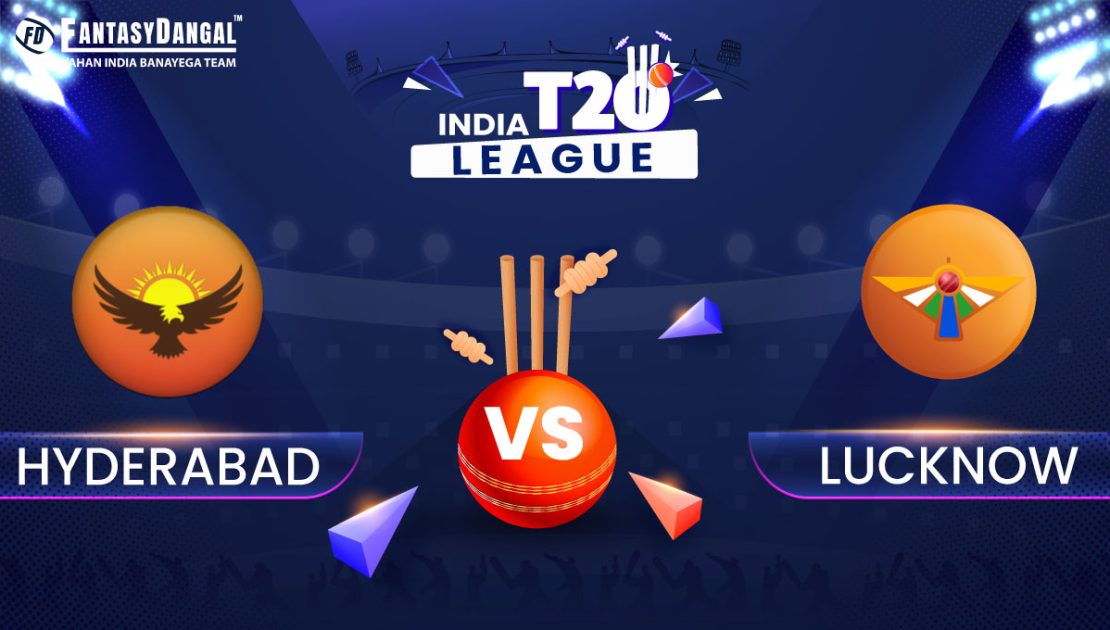 What are some assumptions for match 12, Hyderabad Vs Lucknow Indian T20 league 2022? Both the teams have a tough competition against each other and are ready for a bang in the new season of IPL.

Talking about the Hyderabad team, they entered into the season with their long-term stalwarts, D Warner and R. Khan, going into the other groups. Still, the team came out to be strong and is ready to give a tough competition.

On the other hand, when we see the Lucknow team, they lost their opening match to Gujarat. But they gave a revival to their squad against the game of Chennai, the champions known for defending. The team would come out more robust with the coming of J. Holder and M. Stoinis as well.

Team Hyderabad is all set to go! Making itself much stronger and creating a powerful squad! The team has arrived to give a challenging time. Let us see who all are there in the Hyderabad team of IPL 2022.

Lucknow is one new team that has entered the new season of the IPL T20 league of 2022. Let us see what all innovations and new players it has come up with. Let’s have a look at the squad of Lucknow team.

There has been not a single match that has happened on this pitch for a really long time. But the two matches that happened in this season really tell us that the pitch encourages the spinners and has a good thing for bowlers.

Let us see who the best and new fantasy picks are for team Hyderabad.

He has gone through a bit of a slump with the South African team. But as it was very much evident in the opening match of Hyderabad that he is still coming in full power and is a clean and powerful striker of the ball. He is one genuinely skillful player who could be added to your fantasy cricket team to make it much more potent.

He was there as the lead wicketkeeper in two consecutive seasons, 2016 and then 2017. But, as we saw that his numbers kept on decreasing. Now, the player might come back to his form and contribute to the Hyderabad team.

He was one quite expensive player in the first match and made a good impression on the audience with his raw pace. But he lacks the control as well as consistency. But you can definitely make him a part of your fantasy cricket team to have a strong performance from your team.

Make your fantasy team and get to know all the best picks from the Lucknow team as well.

Let’s get started with it.

He has set up an impressive run chase, as we saw in the match against Chennai. He is one great player who should be a part of your team to make it much more stronger and happening.

He has a great reputation in the shortest format of cricket, T20! He has been showing some great performances in his career and should be chosen in your fantasy cricket team to attain some huge winnings.

He is one top performer from the Lucknow team and could be chosen in your fantasy cricket team as well to give some great performances.

As you can also see in the Hyderabad Vs Lucknow Indian t20 league, the players would show up their skills towards the game.