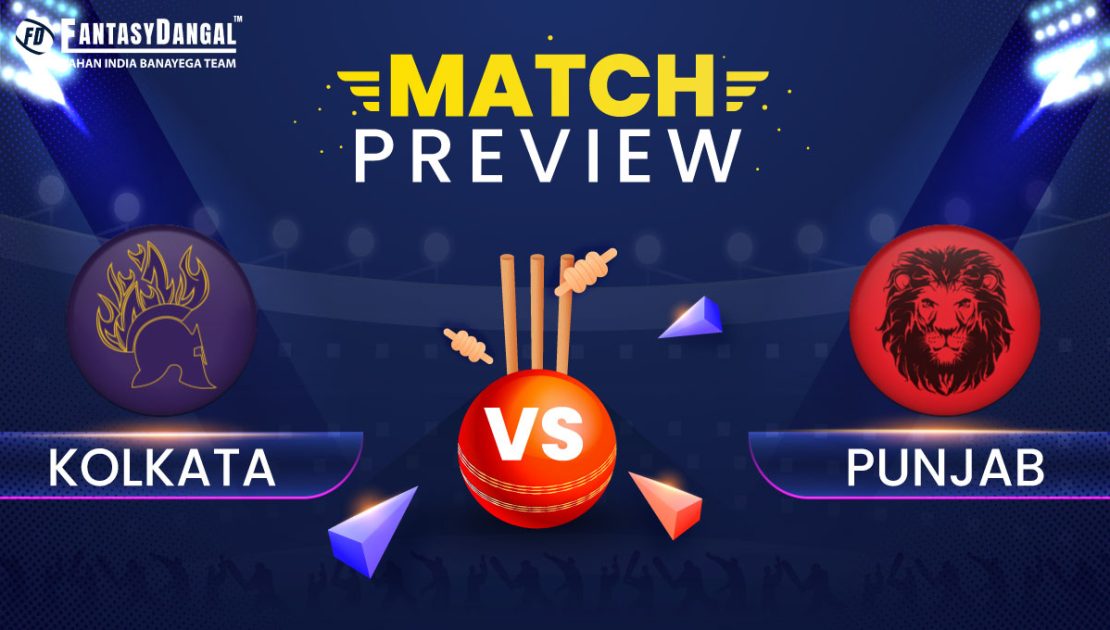 Here is the Match 8! Kolkata Vs. Punjab Indian T20 league. The match took place at the Wankhede Stadium on Friday evening.

Kolkata had a blasting opening in the IPL 2022 and made their entry on a very positive note, when they made their win against Chennai team. But the team could not manage to win the second match against Bangalore and has a very low score in the game. They had a good batting in the match but you can say that because of the bowlers, the team lost the match by 3 wickets.

On the other hand, the Punjab team also won their first game against Bangalore team. The team chased a huge target of 205 runs in the game. They wrapped the match with a 5 wicket win with still having an over left in the match. S. Khan and O. Smith gave a very powerful ending to the match and gave a good one!

So, in conclusion if we see both the team have been going good in the Indian T20 league. Both the teams have gained a good momentum in the Kolkata Vs. Punjab Indian T20 league as well. As you can see in the performance, no team is leaving to give their full effort.

Kolkata is one of the best performers that you can find in the Indian T20 league. The squad is a strong one! You know, who the owner is!

The squad involves some great players, let us list them down for you!

On the other hand, Punjab is a well-performing team who is playing really good in the Indian T20 league.

The squad includes some of the best players. The team always give their best in the league to make them the best one. The squad involves:

Summers are prevailing in Mumbai and we can expect some rise in the temperature. We are expecting the temperature to be 31 degrees Celsius. The game would be in the evening, so let us see what could be the running temperature at that time.

Wankhede stadium’s red clay has always encouraged the fast bowlers with their performance. The pitch is good for the bowlers who are making it fast. There is a huge assistance for the spinners in the field.

The people who want to make their team on the fantasy cricket app, shall go for some of the best players from the team. To make your work easier, we have given you the best performers from the Kolkata team.

He is one of the best performers that you would find in the Kolkata team. He made 44 runs off 34 balls in the first match, against Chennai. But after he was dismissed for his low scorre of 9.  But, he is still a really excellent performer for the team.

He made his entry in the tournament with all the energy and confidence. He is still not able to make some huge score in the match but we expect him to give a great performance in the next match.

He is the one who brought back the Kolkata team back in the form. He is one good performer, which the team cannot lose.

You can definitely rely upon him in your fantasy team.

Now, let us have a look on the best picks of the Punjab team.

He has made an excellent foundation against the Bangalore team in the previous match. He has some good skills which he uses in the match and have a good match. We are expecting a huge contribution from the player in the matches. So, you can definitely choose him in your fantasy cricket team.

He has a good record of having 500 runs seasons in 3 consecutive teams in the Indian T20 league. He also looked a fluent players in his innings of 43 runs in 29 balls in the first game against Bangalore.

He is one great player who can give some amazing performances for you! He has already shown some of them. You can definitely choose him in your fantasy cricket team and win huge prizes.

Also, enjoy the Kolkata Vs. Punjab Indian T20 league and make your team on the Fantasy Dangal app to win huge prizes.