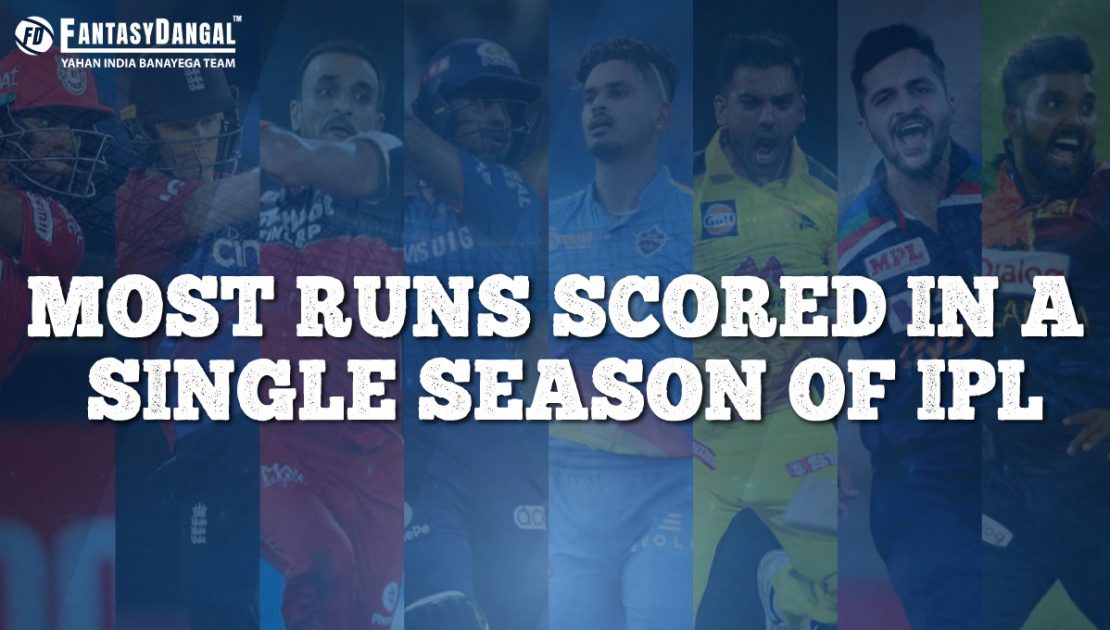 Most Runs Scored in a Single Season of IPL

Indian Premier League has always encouraged the batsmen. IPL is mainly known for unbreakable and the most amazing records possible. IPL has shown us some of the amazing players who have shown their talent in these tournaments. But there are some batsmen who have the record for most runs scored in a single season of IPL. The cricket fans have this great audacity to know about some core players who maintained their record and broke the old ones!

But, we know that King Kohli is one great player who has resulted in the best runs in the IPL seasons. He has appeared in 223 IPL tournaments and has scored 6624 runs in them. Following him, it is Shikhar Dhawan with 6244 runs and then Rohit Sharma with 5879 runs in total. These are the batsmen who have created great histories in cricket. They are the top-order batters of the Indian cricket team who have played together for many years now. They have made important contributions to the team and played well in almost every match.

Also, Mike Hussey is there in that season and is the first Australian on the list of top run-scorers. He has played 59 matches in the IPL and has scored 1977 runs with a great average of 39. Chennai Super Kings had the great player as their opener, which resulted with a good spike for the team. In 2013, he made 733 runs in 17 innings, and it was equal to Chris Gayle’s tally in the last year, which he did!

He is one of the most consistent players in the IPL history and has given some the great records. He is one important player for the SRH team, and they also called him the banker of the team as he got most of the runs for them. He has played 17 matches in 2018 and has scored 735 runs in it. Making three fifties in a row in that season that defines his importance to the team. He is no less than an asset for the team as he has shown some of the biggest records possible.

He is also the orange cap winner across all the seasons of IPL. He has scored 848 runs in 17 matches in 2016, but then Virat Kohli came over and took over his cap. He stands in a good position in the list of players who have had multiple runs in IPL seasons. Talking about the list of most runs scored in a single season of IPL, the players comes at a very reputed position and has gained the importance for that as well.

Here is the most recent player that got himself up with all the runs! He is the wicket-keeper batsmen who made the 2022 IPL memorable! He scored massive runs for the Rajasthan Royals team and helped the team reach the finals. He holds the biggest contribution to the team, and that includes 4 centuries and 4 fifties, which is huge for the team. Talking about the list of most runs scored in a single season of IPL, the player is counted in with so much respect!

He made his position at number one in the list of most runs scored in a single season of IPL as he smashed the 973 runs in 16 matches of the 2016 season of IPL. He helped the RCB team to reach the finals, but they could not win the trophy! But the player holds respect in the heart of every cricket fan.

So, here are the players who have made their position in the list of most runs scored in a single season of IPL. You can get to know which players have made great records and are standing still with that position. These players have been really important for the teams because of their biggest contributions.