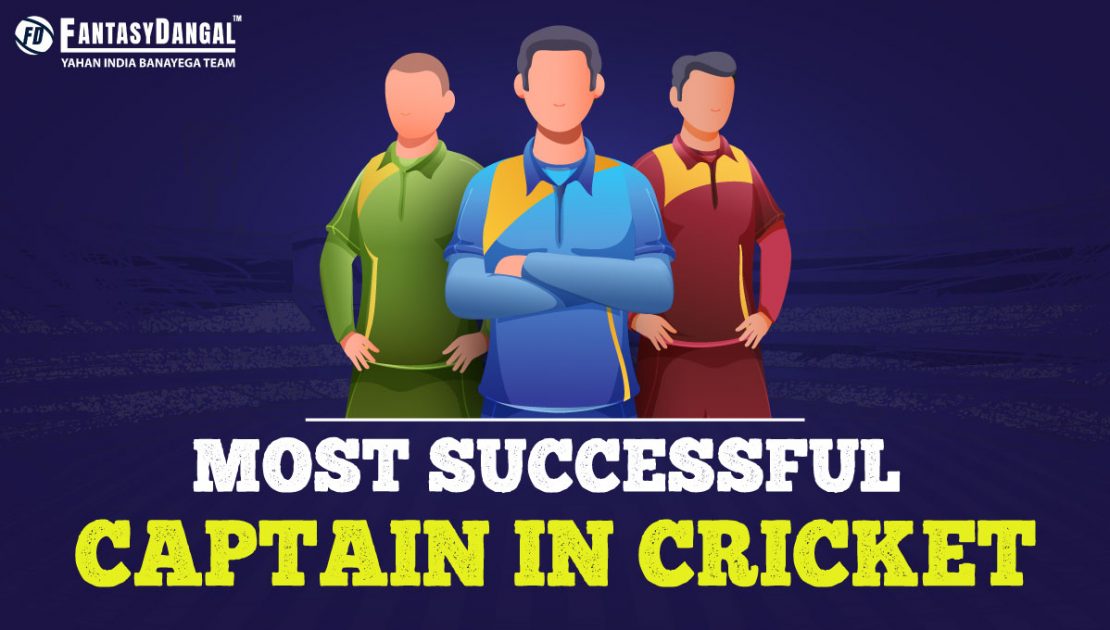 Most Successful captain in Cricket

Exceptional cricket qualities have made them out of the bunch of the players. Surprising the cricket fans with all their abilities, skills, and talent is what people want to see. So, here we can talk about the most successful captain in cricket.

Who does not love this player! Undoubtedly he is the first man who comes to mind when we talk about the most successful captain in cricket! He started his career in 2004 and played till 2019. Having the best journey ever, the player gave out some historic moments in cricket history. He is one right-handed batsmen and also a wicket keeper. He played his first test debut match on December 2, 2005, against the team Sri Lanka and his first ODI debut was on December 23, 2004, against the team Bangladesh.

He is considered the best finisher in the cricket world and one of the finest wicket-keepers around. He is one of the most successful captain in cricket and has shown his leadership in every moment possible!

Every cricket fan had shown their grief when he left his captaincy! No one can forget a player like him.

He is a famous Australian cricket captain with great skills and capabilities. He started his career in 1995 and came to an end in 2012. It was a journey filled with great enthusiasm, energy, and good leadership! He served the captaincy for the team for many years and has given a great shot to his leadership!

He has helped his team to win two world cup trophies! Undoubtedly he served his captaincy very well and reached the list of most successful captain in cricket. He was known for making his pull shots, and he gave them so flawlessly that viewers got amazed with them.

He is Stephen Paul Fleming, who played cricket in all the three formats. He served his captaincy for the New Zealand team. He was also the best top-order batsmen for the team, and the team had a gem.

When he came, his first match became the first step toward his success. He gave some of the exceptional shots and is also known for his flicks off the pads and straight drives, covers, and who can forget the cuts!

He is the leading run-scorer for the New Zealand team in the Tests and One Day Internationals. You can see his excellent skills and knowledge of the field straight from there.

One great captain from the South Africa team as well! After playing eight test matches, he was chosen as the captain of the team. Starting his career from 2002 to 2014, he served his great skills for the team and made a great contribution to the team. Undoubtedly was the most successful captain in cricket, he also played well, being a left handed pitcher.

He has guided his team on every single step and helped them out to win some of the biggest trophies ever! He also led his team to win in the Test series in Australia, which happened in 2008-09 and then in 2012-13.

He was one aggressive hitting style player, and people remember his long hits. Many people called him the “over rated cricketer” of his time, but somehow he gave such amazing performances that he proved everyone wrong. He came up as a great captain and a player who can make the audience roll their eyes just with his shots.

He is one great Indian captain who has become an inspiration for the youth. Being one of the best young cricketers and a captain has impressed many hearts. He started his career in 2008 and is in the team and also served his captaincy for the Indian cricket team. He played his first test debut match on 20th June 2011 against West Indies and then played his ODI debut on 18th August 2008 against Sri Lanka.

He took over the Indian cricket team after MS Dhoni stepped down from the position. He has won many rewards and trophies, making him much more special in Indian cricket history. He has been one top run-scorer that has always benefited the team in every aspect. He is undoubtedly on the list of most successful captain in cricket.

Tags: most successful captain in cricket