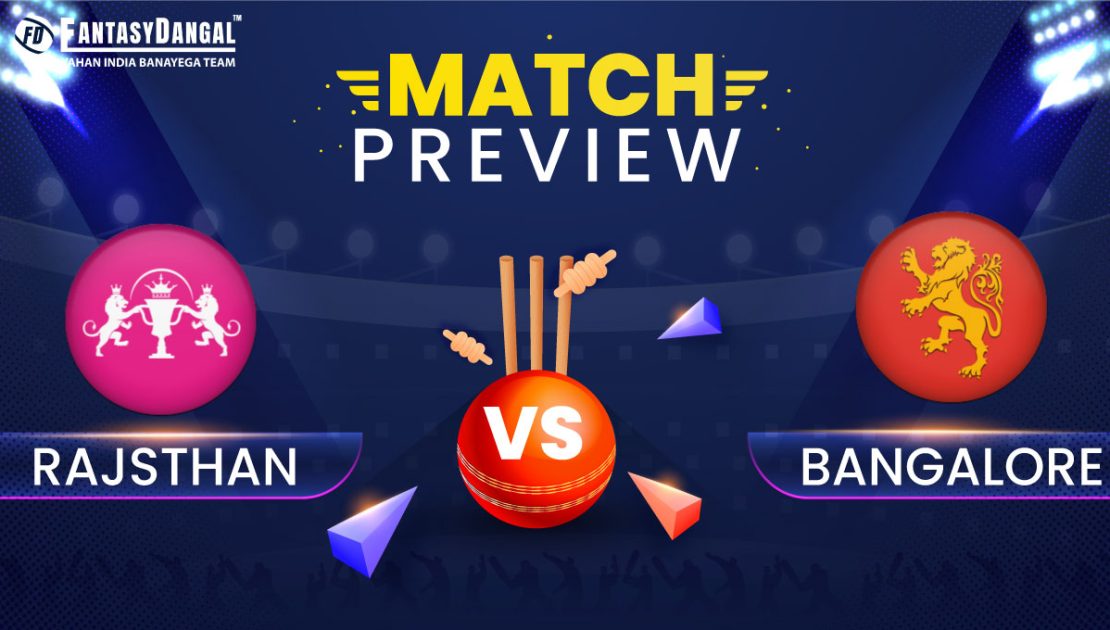 If we talk about the Rajasthan team, it has played two matches this season, and they have won both matches for a record. The team is moving more vigorous than ever! The squad is vital for the team and is playing really well to give some good evidence of excellent performances in the new season of IPL.

On the other hand, Bangalore has won one match and lost the other. Their player, Rutherford, made 28 runs and W. Hasaranga managed to pick up 4 wickets for the team. The game was well, and the Bangalore team won by 3 wickets.

The team is one of the best teams in the IPL season and has filled in some of the best players that could come. It is already popular for winning and making records in the previous IPL seasons, which we are expecting to see in this season.

Let us see who all are there in the team:

The Bangalore team is not less than any other team in the IPL. It also has a very strong team that can give tough competition to any other team.

Let us give a look at who all are there for the team to rock this season as well.

As the summers are ruling over Mumbai, we are expecting the temperature to be 30 degrees Celsius, but we are also expecting some rise by that time. It would be in the evening, but still, we can expect it to be hot!

Wankhede Stadium in Mumbai is full of red clay soil which is really good for the bowlers to play on that pitch. The recent matches which were held here also showed the same results in the field.

If you are making your fantasy team, just remember some of the best picks that you could go with!

Let us have a look at that as well.

He has scored a beautiful century in the previous match, which was appreciated in the team. Also, he has made 135 runs in this tournament with a strike rate of 140.62

He has created a huge impact on the team and is really an integral part of the Rajasthan team.

He is one consistent player for the team and has given some best of his performances. He had one memorable outing at the Wankhede stadium last year in which he hit 119 runs off just only 63 balls.

He is one good bowler who should be definitely in your team! He has took 3 wickets in the previous match in his 8 overs.

He is one important bowler in the team that you must have in your team.

Now, let’s see who can be the perfect fits for your team!

New captain for the team, and one most important players for the team. He has been giving some wonderful performances in the previous matches as well. He can definitely be a part of your team to make some good impact!

He has given brilliant performances in both the matches which he has played.  Also, he has picked 5 wickets in the two matches, already! We are expecting him to be having the key role in the team this time.

He got his purple cap in the last season where he gave his one of the best performances. He is performing no less in this season as well.

You can make your team now on the Fantasy Dangal app and enjoy Rajasthan Vs. Bangalore Indian T20 league 2022! Download the app now.